Out of speeds, out of time, the divine provide worked. In inspiration, radiant by the infinity of all energies, thoughts was  overturned and created itself! Still one, for now inside itself, an invisible creature. Suddenly, cognition was erupted, and shuddered, as parched, with a new glow, energy of love. God was exclaimed in own joyful rejoicing: – Look at Universe, look! Here’s my son! Man! He stands on Earth. He’s material! In him, particles of energy from all Universe exist. He lives on all plans of existence. He is the picture and the opportunity is Me, and there are particles of your all energies in him, so love! Love Him! To all that exists, the joy, my son will give. He is the Creation! He’s Nativity! He’s all out of all! He will create a new being and will transformed into the infinite, his continual re-births. When united, multiplied unknowingly many times, the invisible light spreads into a joint union, he will governed a Universe. He will give the joy of life to everything. I have given him everything, and pensively in the future I also give it to him.

I am beauty, I am sea, sun, river, tree, forest, grass, flower, mountain, cloud … Everything comes from me and creation (life) never stops. I am the first-rate creation tool and there is not a single tool above me.

In essence, I am identical to the Creator and his principle is my essence. There is no separate (separate) being to recognize this sameness. Love for oneself (the true being) is the love of the Creator. It is easy to recognize because it’s unconditional. It understands that the criminal and the just one and the same. It  is aware that constructs and destructive principles work within the beings, but it does not shrink or diminish any one, but sees behind them, in the very core of where the law of dualism is lost, dissolved in the creator’s unity and in the synonymously of the complete creation (of life). Often, person who experience themselves as righteous, true, in love, morally, when they come close to a teacher or a man of authority, feel that they should praise them and give them more attention than those who do not have such attributes/characteristics. Then they are very disappointed when the teacher gives more attention to the “criminal” than to the “righteous” and often abandons such teachers by considering them as false and unworthy.The ego’s desire for enlightenment and positions of spiritual authority will never realize that everything is the same and a good-bad hierarchy does not really exist, and that the creator who holds all life is the only authority and sovereign. The principle of free will exists, though, because there is no point to me that the Creator has created my suffering and the death of this world by His will. Karma and reincarnation must exist solely because of the principle of free will. For if anyone has no free will, how can he be accountable for the done? By reason, no way. Enjoying yourself in all is forms and dimensions is a precondition for showing love. In the holographic universe, each cell contains all informations about the whole, so we can say that the microcosm is identical to the macrocosm. That is one and the same thing no matter what size. Therefore, the Creator has created variations, (individual man), and everyone loves equally, regardless of attributes. In a microcosm, man has divided himself into the many persons and personalities that work from him, but unfortunately he does not like them alike. By this analogy, we can consider a man and the visible world as God’s dream, while a person is a man’s dream. Dream with in a dream (see movie Inception). In order for a man to know the love of a creator, he must love all own parts with equal fervor without any conditions. After all, the one you love is also you, also the creator. People try to love God and hate themselves. If you hate any part of the holographic universe it transports it to all parts. Love for Himself is not selfishly-narcissistic, but the loss of any criterion born in a dual good-bad world, which is the basis for self-judgment, and consequently for giving or hating it to the same. Hatred towards yourself is hatred for the creator you are reflecting on. That hatred is projected into the world through a person who hates certain people and events, while others admires (polarity). To love the Creator is impossible by the heartburn three times, and repeating “My sin, my sin my too great sin,” because it deepens hatred towards you with a clear indication that you are not worth not being worthy. Many would like to continue to think that way. The key is in consciousness.The consciousness is a complete focus on yourself and all the processes that take place inside you, independently what kind of form or expression it is. Focusing on self awareness begins to spread to dimensions that are not material or mental, even emotional. Consciousness becomes aware of many other dimensions that did not know until then. By doing so, energy is not spent on the surrounding things. By focusing on the environment, awareness becomes narrowed, because such a man becomes unaware of himself and of the process within himself. His experience of reality is immersed in a semi-hypnotic state and such a man often becomes dependent on external events and becomes a doll at the end of socio-social turmoil.

the field is pretty, but I’m prettier,

the forest is pretty, but I’m prettier,

the sky is pretty, but I’m prettier,

the river is pretty, but I’m prettier,

the sea is pretty, but I’m prettier,

the mountain is pretty, but I’m prettier.

Beauty, but everything else comes from the creator and on his image. The man is closest to the creator and inseparable from him. Therefore man is the source of all beauty (but also ugly). Today, man searches for beauty around himself, in nature, in relationships, in music, in movies, in books, but all that beauty is just the reflection of the one who seeks it. Only when a man becomes aware of own beauty and himself as a source, the sun will shine. 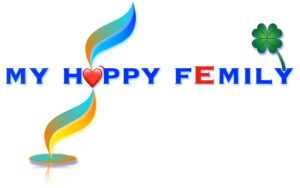